I left downtown Ottawa on May 2nd and began the trek to Deep River, 115 miles away. Google’s Map encouraged me to cross the Ottawa River and walk through Quebec for another 30 miles or so, before crossing back into Ontario (across the Ottawa River again) and eventually meeting up with the Trans Canada Highway in Petawawa.

**Author’s note – I will refer to the Trans-Canada Highway as the Can-Can, a nickname I created because it rolls off the tongue better than Trans-Canada.**

The walk out of Ottawa began under sunny skies, but threatening afternoon clouds moved in. The road I followed out of the city was less than ideal – it was a two lane, narrow road, with an unpaved and often uneven shoulder.

The miles were slow going as I had to move off the road frequently when a line of cars approached.

I had walked about 12 miles when a woman named Catherine pulled over to chat. She is an accomplished, minimalist traveler who has hitchhiked all over Canada and the U.S. Catherine once hitched from the Western Canadian border to Mexico with a mere 80 dollars in her pocket! She got the ok from her boyfriend, Joe, and invited me to spend the night at her house. Joe did a 3,800 mile cycling trip in West Africa a few years ago, too, so I knew we would all get along!

Joe found me a mile down the road an hour later. I unpacked and collapsed PJ and somehow crammed all my gear into Joe’s little Hyundai, which was full of tools and work supplies for his roofing job.

I spent a wonderful evening with Catherine, Joe, and their roommate, Camille. We had a delicious, four course meal – homemade popcorn to start, then cheese, bread, and radishes. Grilled venison and vegetables were the main course, and we had homemade apple and pear pie for dessert. It all tasted delicious.

I learned more about French-Canadian culture and Joe put some popular Quebec folk music on my phone. 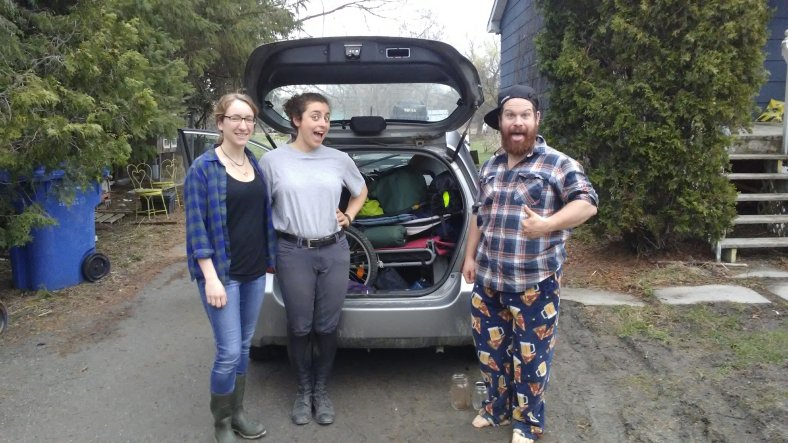 Catherine dropped me off in the morning and I completed a 30 mile day of walking through the Quebec countryside. Passing showers accompanied me throughout the day, but temperatures remained in the 60’s.

I walked over three impressive bridges on the way back into Ontario the next day. Several dams, hydroelectric plants, and expansive views of the Ottawa River kept me entertained during my soggy, foggy walk. 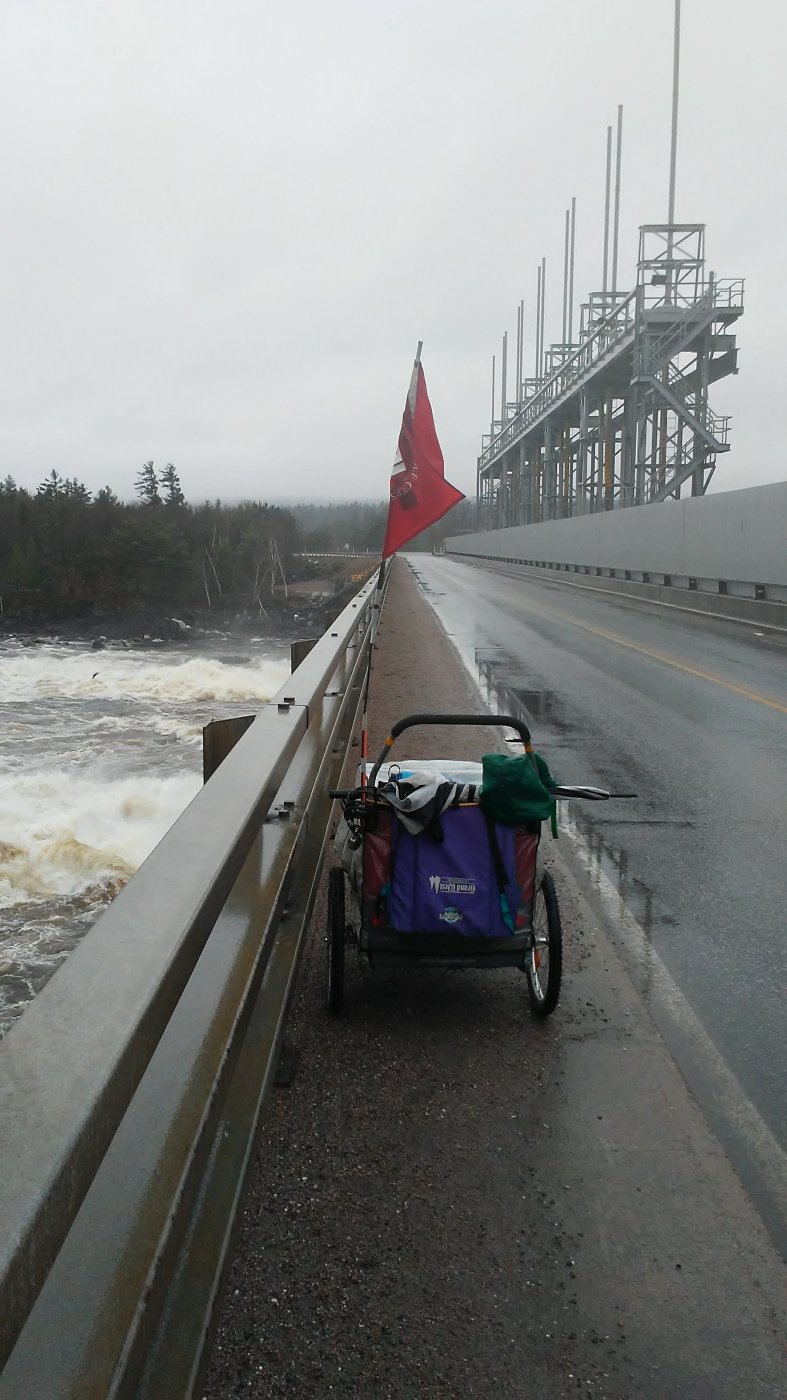 PJ enjoyed the view of the Ottawa River from the second of three bridges we crossed to get back into Ontario. The rushing water flowing from the dam was incredible!

Later in the evening, the fog and mist cleared, revealing a large line of thunderheads due west of me. The impressive line was moving in my direction. The next town was still an hour away, so I walked into an experimental forest operated by the Ontario Provincial Government and found a spot to camp. An experimental forest needs an experimental camper, right? I pitched my tent before rain and gusty winds moved in. The storm violently whipped through the 100 foot pines, coating my tent with needles, bark, and dirt.

Sunny, blue skies greeted me in the morning. Over the next 45 miles of walking, I was met with hospitality and generosity that rivals anything I have experienced during my walking days! 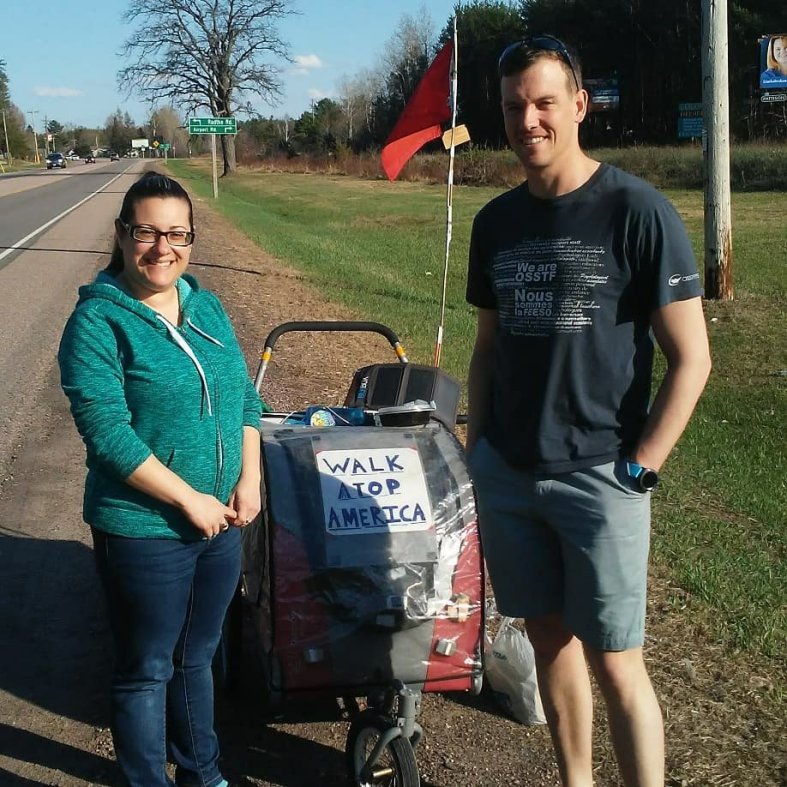 Outside Pembroke, Julia and Tyler stopped to chat with me. They set up a host for me to stay with in Petawawa and brought me a homemade dinner and snacks I enjoyed on the roadside. Julia has continued the host search for me in towns west of Deep River. 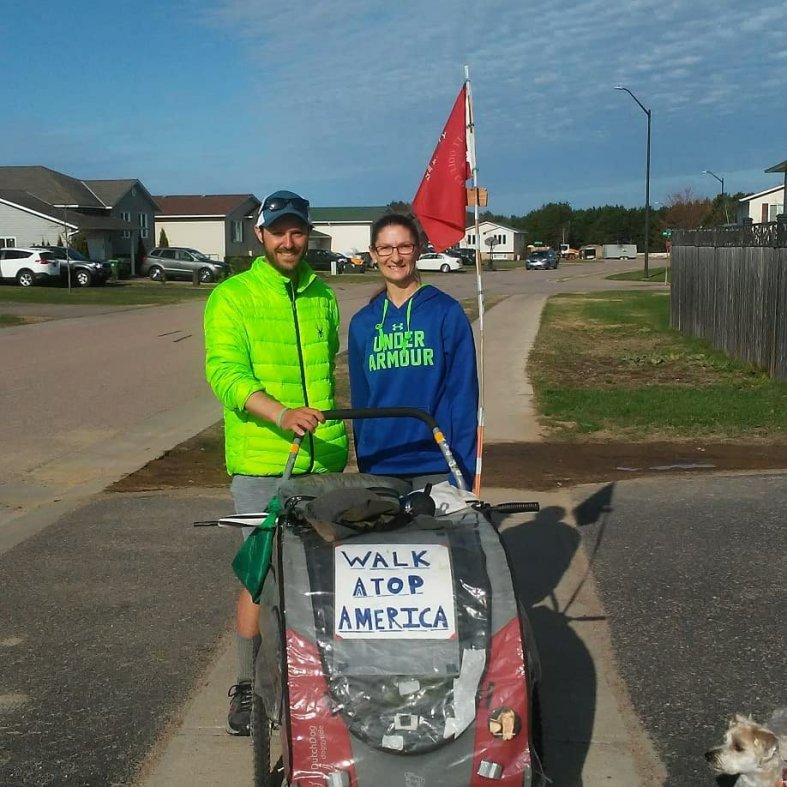 Susan was my host in Petawawa. She is a very active woman who enjoys the outdoors year-round in Ontario. She sent me on my way with liquid heat, a full stomach, and great memories from the visit. 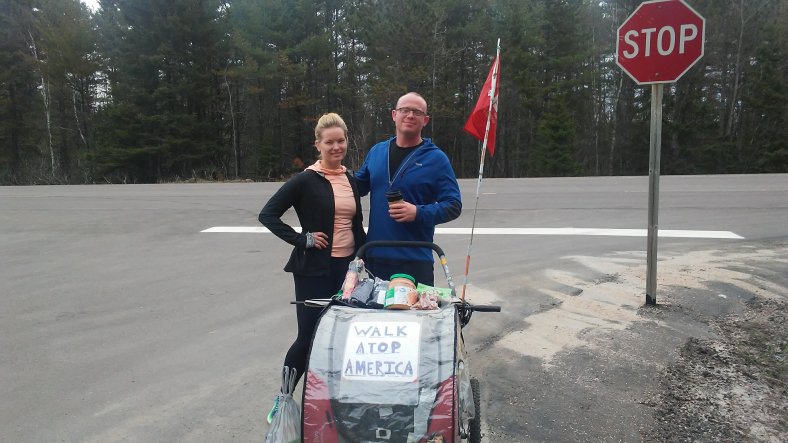 Erik and Aime tracked me down and dropped off what I consider to be a “Canadian Survival Kit.” They gave me a full body mesh bug suit, bear spray, and a four pound jar of peanut butter. 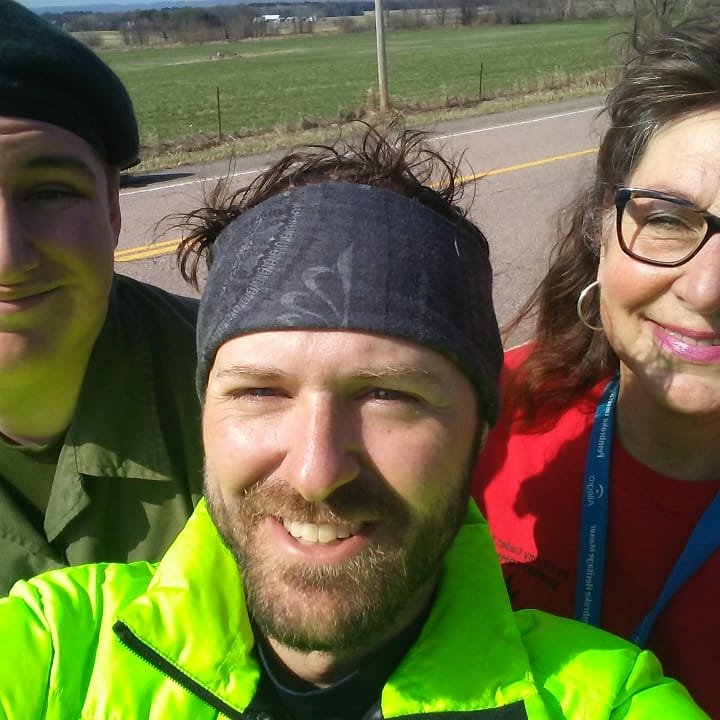 Wendy and Israel gave me a nice donation and offered different warnings about the road ahead. Wendy asked me if I was a “God fearing man.” When I said yes, she just said to be careful in the fields and forests of Ontario, saying witchcraft is commonplace in area, and if I get a bad vibe, to keep moving. Illegal marijuana grows and moonshiners are also prevalent in the woods to my west. “That should make for some interesting encounters,” I told her.

After a 21 mile walk yesterday, I arrived in Deep River where I am staying at a house with the brother-in-law of a man I met in St. Johnsbury, VT. I am doing as little as possible today to freshen up my feet. My dogs have been barking a bit over the last few days.

The list of things to be cautious about as I venture further west through Ontario continues to lengthen. The bugs (especially biting black flies, who even drive the moose population bonkers) will be out soon. Wildlife, including bears, moose, “mountain cats,” coyotes, and wolves are widespread. And, according to Wendy I should be wary of witchcraft, moonshiners, and marijuana farmers. Add in the busy Can-Can, temperamental spring weather, increasingly desolate country, and the typical rigors of the walk, I have one hell of an adventure ahead!

I am forever grateful for all the friendly Canadiens who have gone out of their way to help me in the last few days! Thank you all!

North Bay will be my next major stop. It is a little over 100 miles west of Deep River.

Favorite Roadside Find – A toy miniature horse found in Quebec. I named her Francy, and she will be traveling with me from now on. 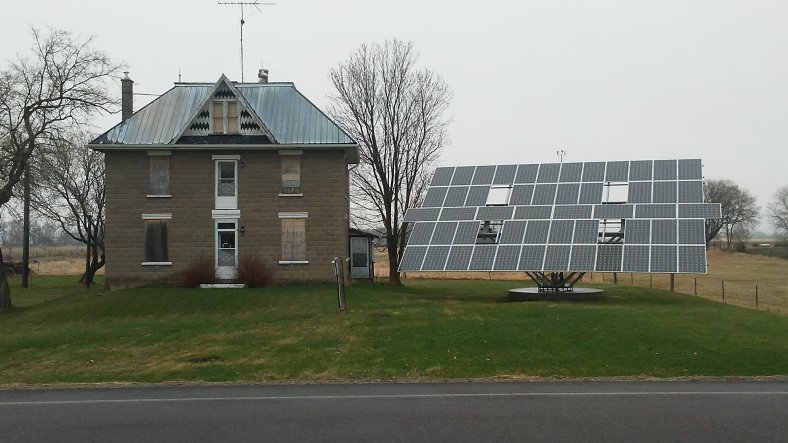 This house must always leave the lights on if they need a solar panel that big! 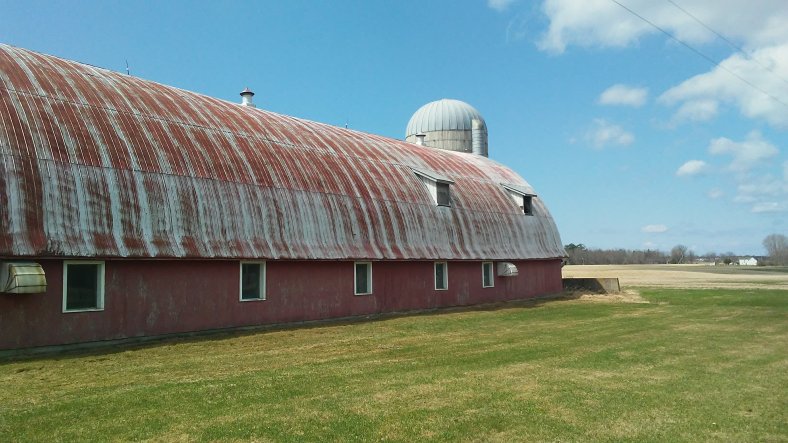 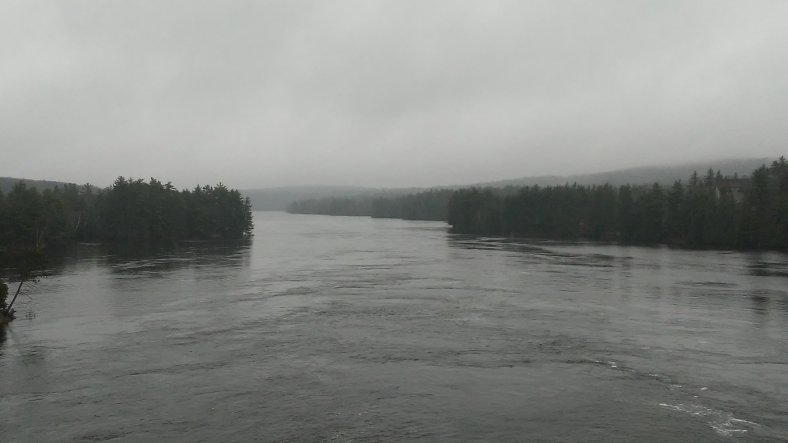 Crossing the Ottawa River back into Ontario. Riverside bluffs, the mystical fog, and tall pine forests made this Colorado boy feel like he had arrived in the “Great North.”

Until next time…I’ll be walking on with my bug suit on!

3 thoughts on “Ottawa to a Deep River”